May was the last good month of weather before we entered Japan’s summer and rainy season, and so I made the most of the opportunity to get a couple of hikes in. Unfortunately I then proceeded to procastinate on writing this blog post, but better late than never!

At the beginning of May I did a 11km trail across a couple of mountains around Lake Yamanaka. I went with a hiking group off Meetup, and so the organiser set off at a pretty solid pace (no waiting for stragglers!). As a beginner hiker I managed to keep up but I was dying on the inside.

The trail start off with the staircase from hell.

Once you reach the peak of the first mountain, Mt Ishiwari (elevation 1412m) you’ll be rewarded with a stunning view of Mt Fuji…

Or so we were hoping, but Fuji remained hidden behind clouds the entire time 😭

As we ate our lunch we did get to see a tiny bit of the snow-covered peak.

From there it was a up and down course as we went between a couple more mountains, before we headed back down to finish off our trip at an onsen. 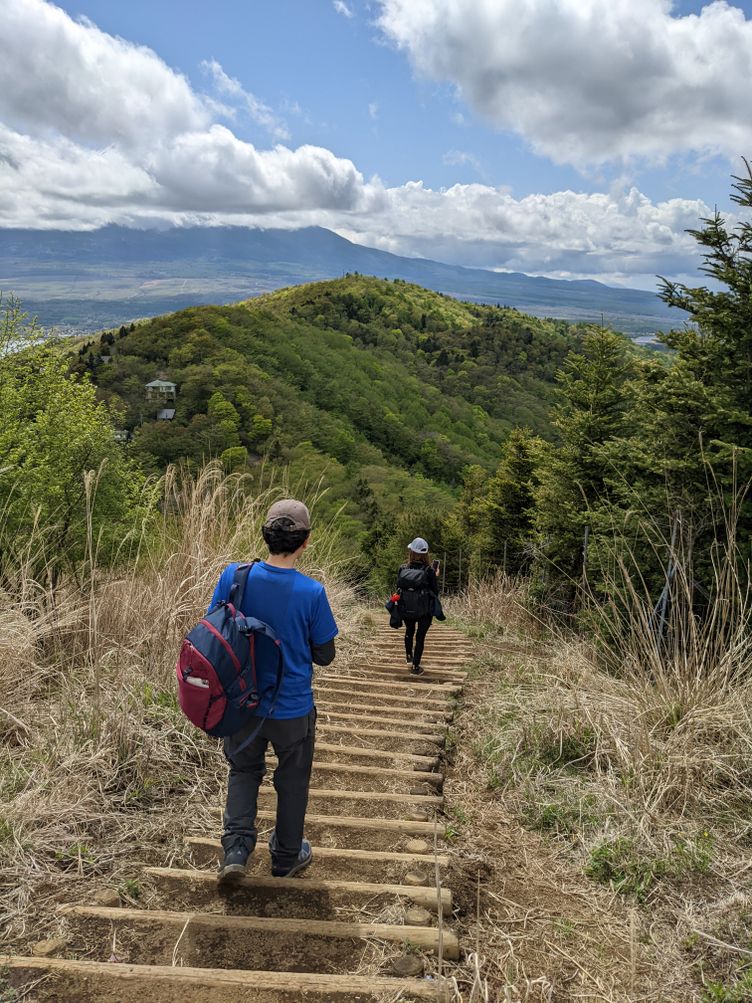 Onsens are fairly common after hikes in Japan (at least with the Meetup group I went with) and it’s a great way to relax and wash off all the dirt before you get back on a bus home. It was my first onsen experience since arriving in Japan (and my first since I was a child, probably) but once you get over the initial nudity culture shock, it’s very relaxing and I’m definitely a onsen-after-a-hike fan now!

Mid-May I went for a 14km hike around Kamakura. It had rained the day before so the trail was very muddy.

Kamakura is quite a popular tourist location, best known for its giant Buddha statue:

As well as a beach which was really refreshing to see after a long hike.

Kamakura would make for a good day trip, so I’d definitely love to come back another time so I have more energy to actually appreciate everything.

My final hike in May was a 17km trail that involved climbing up Mt Jinba, walking in between a couple more mountains, before finally descending from Mt Takao (which I had already visited in April). 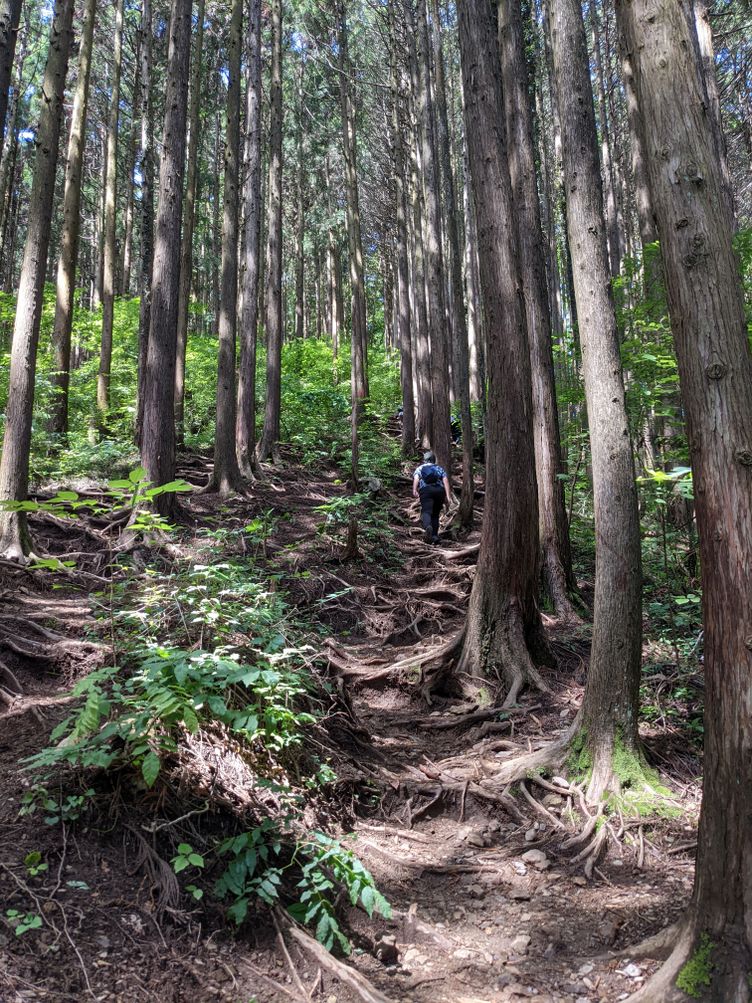 My hiking friend that I went with is also a trail runner so while she made it up Mt Jinba with ease I was dying on the inside (and on the outside too to be honest).

However it was all worth it when I reached the top and was granted with my first proper look at Mt Fuji since arriving in Japan!

The top of Mt Jinba also comes with a suspiciously unhorselike horse statue. I guess the artist took some artistic license because I’m not sure that a horse’s neck is supposed to bend like that.

Goodbye, nice weather, but I hope to see you again soon

There were a lot of humid, 35 degree weather days in June through August which resulted in me spending a lot more time indoors. I even ended up caving and buying a gaming PC to keep me occupied. As I write this (very delayed post) we’re actually approaching nice weather again so I hope to go on more hikes soon.