For Mountain Day in August (one of Japan’s public holidays) I climbed Mt Azumaya and the neighbouring Mt Neko (also known as Nekodake) in Nagano. Although it took me 3 hours by Shinkansen and bus to reach the start of the trail, the stunning views make it well worth the pricey train fare. It’s also one of the 100 Famous Japanese Mountains, and makes it the second famous mountain I’ve climbed after Mt Tsukuba.

I went together with a hiking group off Meetup.com. There was 25 of us (probably due to being a public holiday) which made it the largest group I’ve ever hiked together with!

A long walk up a steep road

After getting off the bus, your stamina is first tested by a long, long road that you have to walk up to reach the actual start of the trail.

It was a sunny, 35 degree day which made me very glad for the trees that provided coverage from the sun. I also was very glad for the long-sleeve UV jacket I was wearing - I didn’t put any sunscreen on my hands or arms so my exposed fingers and knuckles actually ended up getting a bit sunburnt by the end of the day.

Along the way we saw two dogs. One wasn’t very happy to see us (and barked at us both on the way there and on the way back). The other was a very cute Shiba Inu named Genki who dragged his poor owner over to come say hi to us.

Once we started the trail, I was a bit worried about the sun bearing down on us but there was some tree cover and so the weather was pretty bearable and not as hot as I expected.

Once you pop out from amongst the trees you get some really nice views of the surrounding mountain ranges. 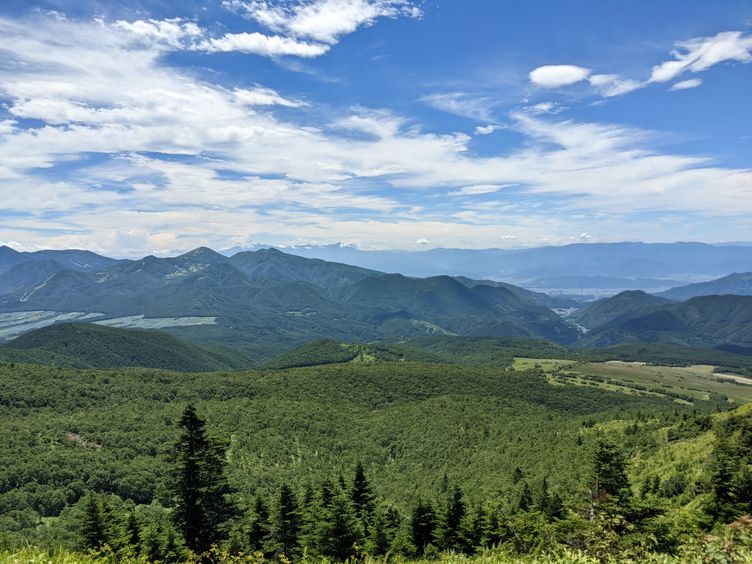 While the trail wasn’t hard (even doable for a newbie hiker like me) it definitely tested your endurance. The group ended up drifting apart into a couple of smaller groups as certain people went ahead and others fell behind. Some people also only summited Mt Azumaya and then proceeded to turn back as they were too tired to attempt the second mountain, which was reasonable given the heat.

Reaching the peak of Mt Azumaya (elevation 2,354m) also was my first mountain over 2000m!

I’m going to give a hot-take though and say that although Mt Azumaya is one of the 100 Famous Mountains, what made this trip 100% worth it for me (and to the point I would do it again) would actually be the second mountain we climbed, Mt Neko. If anything I feel like this mountain should be the famous one!

Climbing down a mountain is always so depressing because the more you descend, the more you’re going to have to climb again to reach the second mountain. But once we climbed all the way down and reached the base of Mt Neko, it was all worth it for that view.

In all the mountains I’ve climbed so far, you’re in amongst the trees most of the time so it’s hard to appreciate it but this one you could see it all the way up. Honestly it felt like it was something out of one of those Microsoft wallpapers, except it’s a a literal mountain and not just a hill which makes it even better.

By this point I was quite tired but even when you take a break you can just stand there and appreciate the beauty of the mountain so that wasn’t too bad too.

Once you reach the top of Nekodake (elevation 2182m), there’s a little shrine which I forgot to take a picture of (oops) as well as a lot of broken up rocks that made the descent quite a pain in the foot as you dealt with not trying to trip over them. 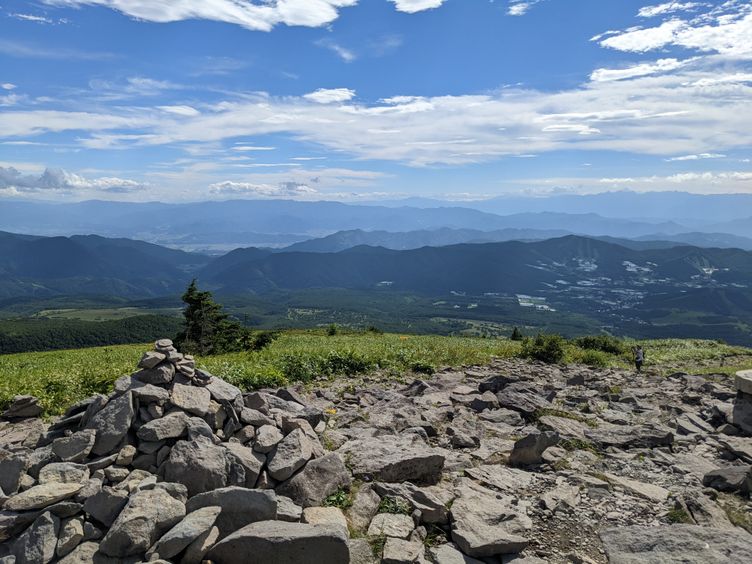 I ended up not really taking any more photos on the way down because we were trying to rush to make sure we didn’t miss the bus!

To reach Mt Azumaya, you can take a 90min Shinkansen from Tokyo to Ueda station. From there it’s roughly an hour-long bus trip to Sugadaira-Kogen Dabosu. The Shinkansen will cost you up to 5000-6000 yen one way (a bit cheaper if you’re happy to go for an unreserved seat). It’s a bit pricey and far from Tokyo but if you’re looking for a new mountain to climb or want to check off another one of the 100 Famous Mountains then it’s well worth the visit!

The route took a total of 15km over 7 hours, and since both the bus back to Ueda station and the Shinkansen back to Tokyo only come by every hour or so, you’ll need to pay attention to your pace to make sure you don’t miss the one that you want to catch.

I recommend booking your Shinkansen ticket using Eki-net, which is all in Japanese but is super convenient because you can attach your ticket to your Pasmo/Suica card (no need for a paper ticket) and because you can easily reschedule which Shinkansen you get on at the very last minute. Super handy if you end up getting a different bus back than the one you were expecting!

Since these two mountains don’t have any sort of cable-car or ropeway access, it wasn’t in any way crowded so it’s definitely climbable even on a public holiday.